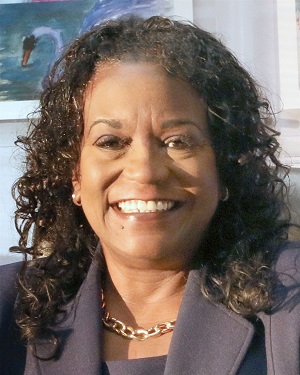 Los Angeles Unified School District Superintendent Michelle King, who is currently on medical leave, has announced she will be retiring from the District by the end of June due to medical reasons.

Superintendent King has been on leave since September after feeling unwell during a board meeting. She has since been diagnosed with cancer and been undergoing treatment.

“I have had the honor of serving as the superintendent of LA Unified for two years, although I have been challenged by medical issues for the last several months. During this time, I have been undergoing treatment for cancer. Now, with the progression of my illness, I have made the incredibly difficult decision to retire by June 30. Until then, I will remain on medical leave,” said King in a statement.

King, 56, was the LAUSD Deputy Superintendent of School Operations up to two years ago when LA Unified School District board appointed her Superintendent after a nation-wide search for a suitable candidate. She effectively become the first African-American woman to hold the superintendent post. King was Deputy under her last two predecessors, John Deasy and Ramon C. Cortines.

The ever-grateful King thanked the entire LA Unified family, community partners and her colleagues across the nation for their overwhelming support. She further asked everyone to pray for her as she aggressively fights her illness.

“I am also grateful to our acting superintendent Vivien Ekchian, whose leadership and dedication is enabling LA Unified to maintain its upward trajectory toward 100 percent graduation,” said King in a statement.

Dr. King is no stranger in LA Unified Schools. According to her bio on the District website, ’Dr King is a proud product of L.A. Unified, having attended Century Park and Windsor Hills Elementary Schools, Palms Junior High School and Palisades High School. She has dedicated her 30-year career to the students of L.A. Unified, having worked as a teacher, coordinator, assistant principal, principal, chief administrator of secondary instruction, local district superintendent, chief of staff to the superintendent, senior deputy superintendent and chief deputy superintendent.’

During her reign as LA Schools Chief, the District has seen steady increases in graduation rates and rising scores on new online standardized tests. Last year LA Unified reached an all-time high of 80 percent graduation with the help of a $15 million credit recovery program launched around the time King took over as superintendent.

In an article at the74million.org, Los Angeles Mayor is quoted saying, “Michelle King has devoted her entire professional life to Los Angeles’s young people — and her time as superintendent has brought phenomenal progress to students across our city. LAUSD’s record graduation rates are a testament to her remarkable commitment, and it has been my privilege to work closely with her on making community college tuition-free for every district graduate, expanding after-school programs, making more campuses available for recreation, and creating new opportunities for students to get the work experience they need to build a more prosperous future for their families and communities.”

LA Unified Schools board president Mónica García was also full also full of praises for the outgoing Superintendent: “Having dedicated her career to the district, it is now time for Dr. King to focus her incredible strength and energy on her health. We wholeheartedly support her decision to retire and will continue to keep her in our thoughts and prayers as she faces the challenges ahead.”

E4E–Los Angeles member Lovelyn Marquez-Prueher, a teacher at Dodson Middle School praised King’s humility as she executed as duties: “I remember Dr. King engaging with teachers at a National Board Conference on a Saturday morning with my colleagues. I will never forget what it meant to know my superintendent wanted to listen and learn with teachers.”

Early December, Chicago Public Schools CEO Forrest Claypool stepped down amid accusations of ethics violations. He was quickly replaced by Chief Academic Officer Janice Jackson. Later in the month, New York Schools Chancellor Carmen Fariña announced she was on her way out.
By Michael Omwenga Manyibe