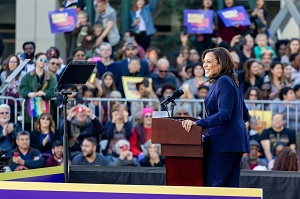 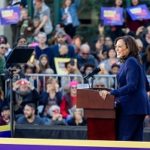 Kamala Harris teacher pay raise plan that proposes a 10 year $ 315 billion nationwide federal teacher salary funding will be the most expensive and ambitious federal education funding program in US history. Harris proposal seeks to increase average teacher’s salary by $ 13,500, the equivalent of 23 percent increase in base pay.

“We are a country that claims to care about education, but not so much about the education of other people’s children. At the most fundamental level, our children are being raised by two groups of people: families and teachers. Yet, we fail to pay teachers their value,” Senator Harris wrote in a Washington Post article.

In the first phase of the policy’s implementation, the federal government will release 10 percent of the funds to states to bridge the funding gap. Additionally, the federal government will incentivize states by remitting $3 to states for each $1 a state contributes towards salary increase until teacher pay gap is entirely closed. Harris move has excited restless teachers who have been campaigning for better wages in recent years.

Teachers throughout the country are demanding for not only higher salaries but better equipped classrooms, better working conditions, and manageable teacher- student ratios. Teachers in Virginia, Oklahoma, and Arizona, Colorado and more recently in Kentucky have staged class workouts which despite attracting widespread public support, have neither led to major shifts in federal government’s nor states’ policies regarding teacher’s pay making Harris policy proposal welcome news.

Teachers argue that in spite of their demanding jobs, their profession is the least paid in the country. According to Economic Policy Institute- adjusted to inflation-today teachers earn $ 1000 less than they did 30 years ago- and earn 11 percent less than other similar professionals who hold college degrees. The National Education Association (NEA) and American Federal of Teachers (AFT) who combined have close to 5000 members, well aware the challenges of seeing through a policy of such magnitude, have cautiously welcomed the Harris proposal. AFT President Rand Weingarten has called the proposal bold. “She actually understands that we have a really problem. Parents are saying they don’t want their kids to become teachers,” Weingarten said.

Harris proposal is a strong repudiation of the White House policies that seek to cut funding to public education. The White House led by the cabinet secretary Betsy Davos proposes a 13 percent or 60 billion transfer of public funding to charter school, elimination of after school activities for poor needy students, and limiting funding for mental health programs in public schools.

In the Washington Post article, Harris wrote; “Inside our schools, nothing is more important to the success of a child than a teacher. For me, that was my first-grade teacher, Mrs. Francis Wilson. She helped spark my love for learning and became a lifelong mentor and friend. She attended my law school graduation.”

Senator Harris who has previously been endorsed by The National Education Association (NEA) and American Federal of Teachers (AFT) members when she ran for the State Attorney of California understands the voting power of teachers and other union workers. The senator also knows that the teaching workforce is dominated by female teachers and minorities such as African Americans and Hispanics who she is courting for support in her 2020 presidential bid. Whether this group of voters will ultimately support Harris’ 2020 presidential election bid, the jury is out there.